The Lying Game tells the story of four women, now in their thirties, but held together by a terrible mistake they made back when they were at boarding school together.

I’m often asked whether I went to boarding school myself, and whether the setting is based on my own school days, but the rather mundane truth is that I went to a regular state school and was tucked up every night in my own bed.

In fact the book reflects my enduring fascination with boarding schools, which probably started when I was about eight and first picked up a copy of Enid Blyton’s Malory Towers.

I was immediately entranced by this alien world, with its talk of “apple-pie beds”, “dorms”, “cubies” and midnight feasts. But even then, I recognised that there was a kind of disconnect between the idyllic world portrayed by Blyton, and my own experience of lots of girls shut up together in a classroom.

As I grew older, the gap between the fantasy the reality seemed to grow wider, but school stories continued to fascinate me, and writing The Lying Game was a chance to explore that world once more.

I’ve written frequently about Josephine Tey, and the fact that her novel Brat Farrar was an inspiration for The Death of Mrs Westaway, so it’s probably not a surprise to see one of her novels heading up the list – a murder mystery set in a boarding college that specialises in physical education. Although this is, ultimately, a whodunnit, the murder doesn’t actually take place until a long way into the book, which is both its strength and weakness. The first half of the book isn’t really about detection at all – but rather a long set up for the crime, which may make it a little slow for some readers. However the strength is that we are absorbed into this closed community, and slowly confronted with the realisation that not only is one of its members going to be murdered, one of them is going to be the killer too. Frost in May by Antonia White

This was one of the first truly “grown-up” books I read, along with Claudine at School (another brilliant book set in a school, though not a residential one).

It’s not a whodunnit or a mystery, but it does have a certain flavour of a psychological thriller, as we follow Nanda’s gradual induction into a strict Catholic boarding school, where the girls mortify themselves by putting salt on their rhubarb instead of sugar, and sleep on their backs, with their hands crossed over their chest, so that if they die in the night they’ll be ready to meet their God. Nanda finds a rich beauty in such all-consuming faith – but all the time, we know that a cataclysm of some kind is coming – the “frost” of the title. The slow reveal is full of tension and sadness.

The Secret History by Donna Tartt

This is something of a cheat as it’s set not at a school, but a college, but it definitely has a sort of boarding school flavour to the place, with all the isolation and intensity that residential settings can provide.

This isn’t exactly a whodunnit, as we know from the outset who dies and our narrator’s complicity in it. Perhaps it would be better described as a whydunnit. Either way, Tartt’s slow unravelling of the mystery is masterful, and her evocation of the spell of Hampden College is beautifully done. A different sort of question lies at the heart of this inspired reimagining of Les Liasons dangereuses – will the unspeakable Kathryn and Sebastian succeed in their systematic destruction of the lives of the other students at their exclusive prep school, or will they receive their comeuppance?

Reese Witherspoon is luminous as the unsuspecting innocent who wanders into their orbit, but somehow psychopaths are always the most fun characters – both to read and watch – and Sarah Michelle Geller has never been better or badder than in this role.

I can’t pretend that this is remotely crime – although of course it does have a death at the heart of it (if you haven’t seen it, take tissues). But it’s one of my favourite boarding school settings, and when I first watched it at around 12 or 13, it was my first introduction to a different kind of school experience.

In contrast to Blyton’s wholesome hockey sticks and midnight feasts, The Dead Poets’ Society shows students in rebellion – drinking, smoking, and trying to find out who they are – with their school acting both as a conduit and a constraint for the type of person they want to be. With its arcane rules, cliques and complicated teacher-student relationships, it definitely fed into The Lying Game. 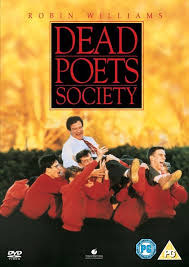 A version of this article first appeared at https://www.deadgoodbooks.co.uk/stories-set-in-boarding-schools/